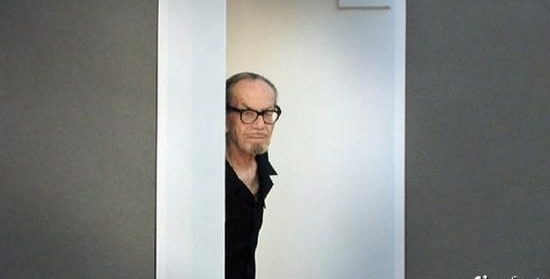 Muhammad Asad Between Religion and Politics

In April 2011 an international symposium was held in Riyadh, under the auspices of the King Faisal Center for Research and Islamic Studies as well as the Austrian Embassy to Saudi Arabia, on the life and work of my father. The conference as a whole was entitled “Muhammad Asad – A Life for Dialogue,” but I was asked by the organizers to write specifically on “Muhammad Asad Between Religion and Politics.” Unfortunately I was unable to attend the symposium so I sent in my written contribution to be read out by someone else at the meeting. What follows is a slightly elaborated version of the argument I sent.

I should begin by correcting a view that has become common among people interested in my father’s life and work, that his conversion can be seen as the building of a bridge between Islam and the West. He has even been described by some as a European intellectual who came to Islam with the aim of liberalizing it. Nothing could be further from the truth. When he embraced Islam (aslama, “submitted,” is the Arabic term) he entered a rich and complex tradition that had evolved in diverse ways – mutually compatible as well as in conflict with one another – for a millennium-and-a-half. Thus in his own life’s work he sought to use the methodology of the medieval Spanish theologian Abu Muhammad Ibn Hazm, he drew often and copiously on the interpretations of the nineteenth-century Egyptian reformer Muhammad Abduh, and again, despite strong disagreement on various points of substance with the fourteenth-century Syrian theologian Taqi al-Din Ahmad Ibn Taymiyya, he attempted, like the latter, to integrate reason (‘aql), tradition (naql), and free-will (irāda), to form a coherent and distinctive vision of Islam. His view of Sufism, incidentally, was also influenced by Ibn Taymiyya, for whom it was the excess of Sufis rather than Sufism as such that was the object of reproach. In fact most of what my father published in the early years of his life (Islam at the Crossroads, the translation of Sahīh al-Bukhāri, the periodical Arafāt, etc.) was addressed not to Westerners but to fellow-Muslims. I would say, therefore, that he was concerned less with building bridges and more with immersing himself critically in the tradition of Islam that became his tradition, and with encouraging members of his community (Muslims) to adopt an approach that he considered to be its essence. His autobiography was the first publication that was addressed to non-Muslims (as well as to Muslims, of course), a work in which he attempted to lay out to a popular audience not only how he became a Muslim but also what he thought was wonderful about Islam. His translation of the Qur’an into English, completed in the latter part of his life, was not simply a translation: it was a detailed presentation of his final vision of Islam.